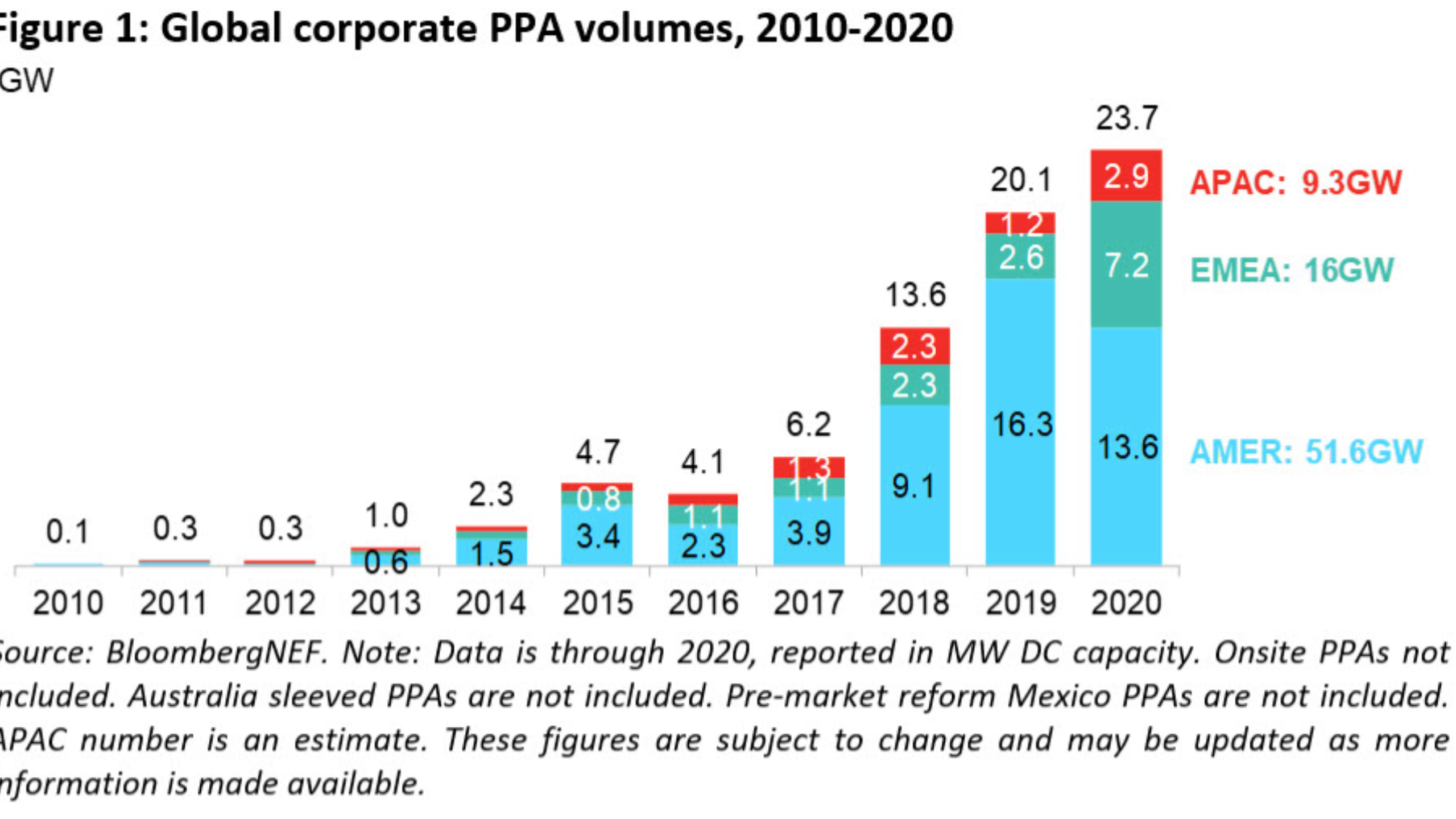 How is the PPA Model going to evolve in Europe?

As climate change becomes mainstream, more and more corporations have signed on to greening their activities. Is the PPA model been popular in Europe?

As climate change becomes mainstream, more and more corporations have signed on to greening their activities. Market signals also indicate that retail investors in particular have an appetite for supporting corporations that are less about greenwashing and more about actual commitments. Mounting pressure to adapt corporate policies to ESG compliant may be working. 2020 saw the American giants: Google and Amazon signing some of the largest PPA deals in history, with 1.6GW across 18 projects and 650MW for a single wind farm respectively. The question then is, were they the trendsetters or was it a one off show of solidarity with energy transition? And has the PPA model been popular in Europe?

Aided by the triple-threat of reputation, fluctuating power prices and making the targeted 32% share of renewable energy by 2030, Europe is likely to be thrown into the forefront. European companies, especially in the Nordics, Spain and the Netherlands have the appetite to secure their energy sourcing for the long term. Just in 2020, 143 PPAs were signed, 73% of which were powered by wind, according to Pexapark. Experts believe that price competitiveness and lowering of subsidies in France and Germany will also introduce the model to the two renewable energy giants of Europe.

*Are PPAs likely to change the wind industry business model? *

That remains to be seen. The two purchasing models: Direct and Virtual PPAs may evolve differently. Pan-European players may find it easier to apply a virtual PPA: a financial instrument that allows a corporation to purchase electricity from their usual supplier but through a fixed long term price for supporting renewable energy projects. However, the risks of greenwashing are high with this model as financializing environmental targets have proven in the past with carbon trading schemes. Consumer and stakeholder pressure might be more pronounced in Europe versus in the US where the model is very popular. If Direct PPAs: a purchase agreement to buy from an IPP through a 3rd party grid supplier become the norm in Europe post-Covid era, we expect new business needs to emerge.

As far as Europe is concerned, it appears that corporate PPAs for offshore might be a popular contender. Orsted is already offering Direct PPAs for European corporates to secure their position as a leader in this field. Will the others follow?

IPPs and Utilities looking to meet higher capacities as larger PPAs are signed will need to improve their asset management. If the upward trend for corporate PPAs continues, the biggest players in the industry will need help in getting more out of their assets.

Contact Sereema to know how Windfit can aid you in your wind turbine optimization needs.