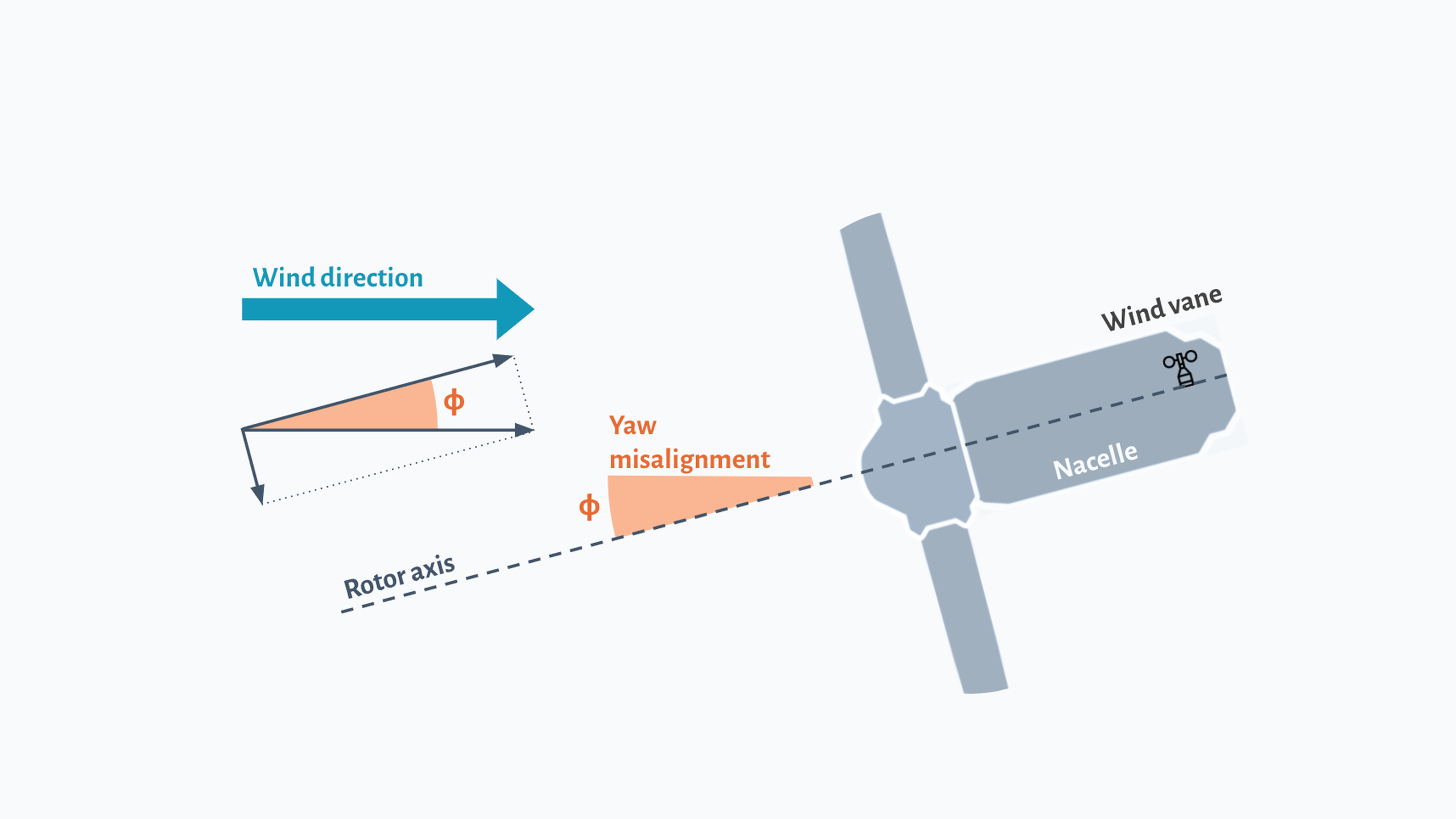 How to detect a yaw misalignment?

Wondering how Windfit can double up as a LIDAR?

In order to extract the maximum energy from the wind to produce the most of electricity possible, the nacelle has to be perfectly aligned with the wind, or so everybody thinks.

Why can a turbine be misaligned, what are the usual causes?

It can be caused by a mechanical misalignment of the turbine wind vane, some parameter errors in the controller or a nacelle transfer functions not well adapted to the site characteristics.

How does Windfit detect a yaw misalignment?

Windfit uses high frequency power and wind measurements to identify the optimum alignment of the wind turbine to maximise its production. This is done in two steps:

The principle behind is that some turbines actually perform better when they are not 100% aligned with the wind (0°), but some degrees offset (+ or - 5°). Blame it on the fact that the blades always rotate in the same direction (therefore not acting symmetrically against the flow) or the fact that the terrain is complex causing a somewhat irregular wind flow.

Can't you achieve the same thing with SCADA or a LIDAR?

You can try! But compared to the Windfit Way:

1/ Most SCADA data systems will only provide you with a 10 minute average value, missing out on what happens at shorter timeframes than that and significantly reducing the accuracy of any diagnosis. On top of that, the SCADA always thinks that the turbine is well aligned, making it impossible to identify a yaw misalignment without independent measurements.

2/ A LIDAR system will be able to optimise your yaw alignment close to 0°, but what if the turbine actually performs better being some degrees right or left? The potential gains from this will remain untapped when performing a yaw misalignment campaign using a LIDAR system.

In short, Windfit is the only system on the market that combines both features (high frequency independent data and optimising for performance) in order to make your turbines maximise their performance.