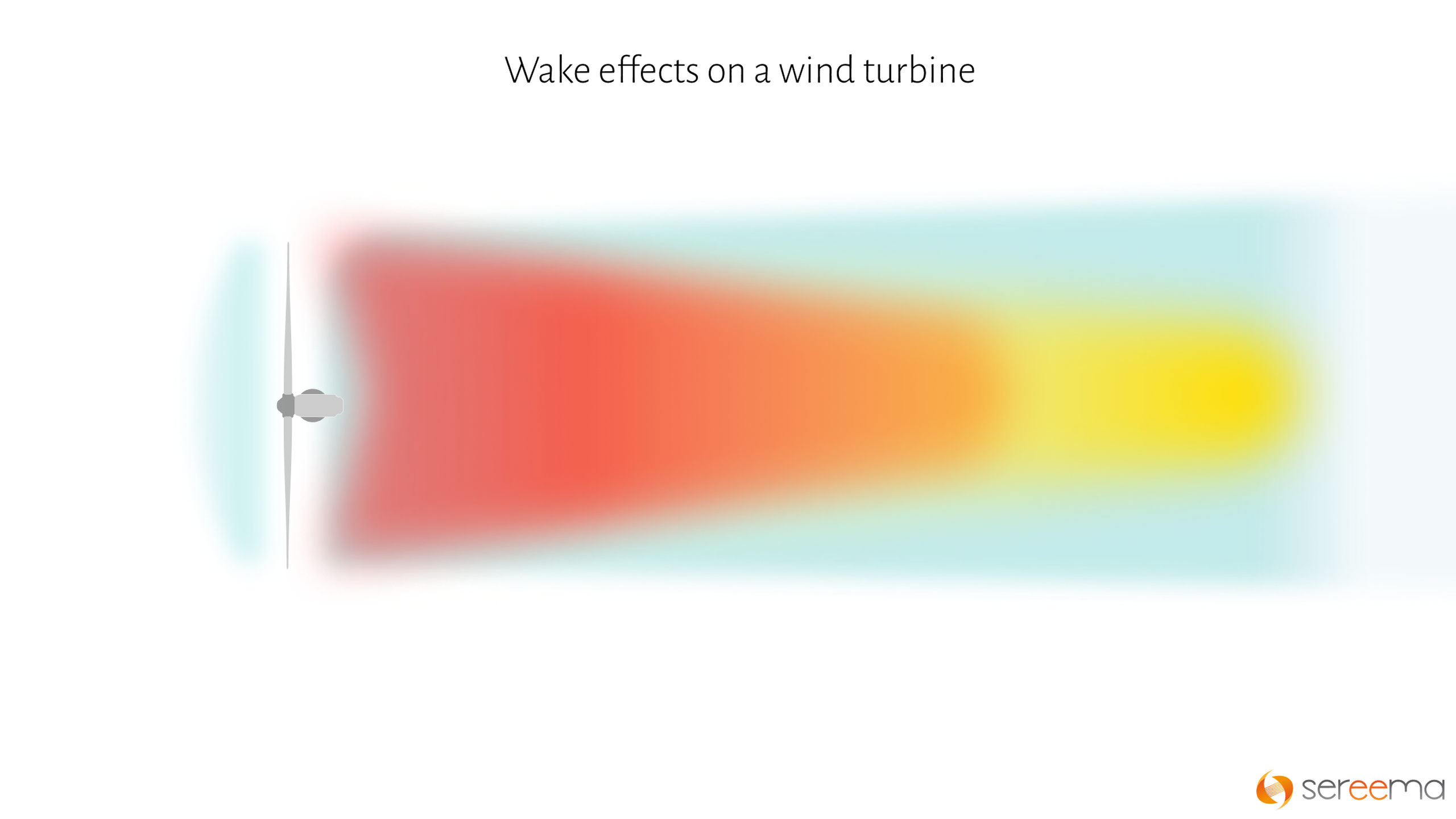 What are wake effects and why are they so important?

As wind turbines extract energy from the wind, the wind flow behind the turbine is strongly perturbed, reducing the available wind energy.

As wind turbines extract energy from the wind (in order to generate electricity), the wind flow behind the turbine is strongly perturbed, reducing the available energy on the wind. The wind speed decreases and the turbulence increases. Imagine how a water stream changes when we place an object floating on it? The same thing happens to the wind, even though in this case it’s a lot less visible.

This change on the wind flow is what we called the wake effect, and it depends on a lot of factors.

The two most important factors are:

What are the consequences of wake effects?

As the wind flow is perturbed, the turbines located downwind from the first turbine will see lower wind speeds, thus reducing their AEP. This reduction in production is not the only effect: as the wind flow is more turbulent the downwind turbine will be suffering higher loads and more vibrations, which can eventually reduce the lifetime of your wind turbines. These effects will be a lot more important on bigger wind farms, where tens of turbines are grouped together and their different wake effects are combined between themselves.

At Sereema we know the relevance that wake effects can have on your wind farm and can help you monitor and understand its consequences on your wind turbines.