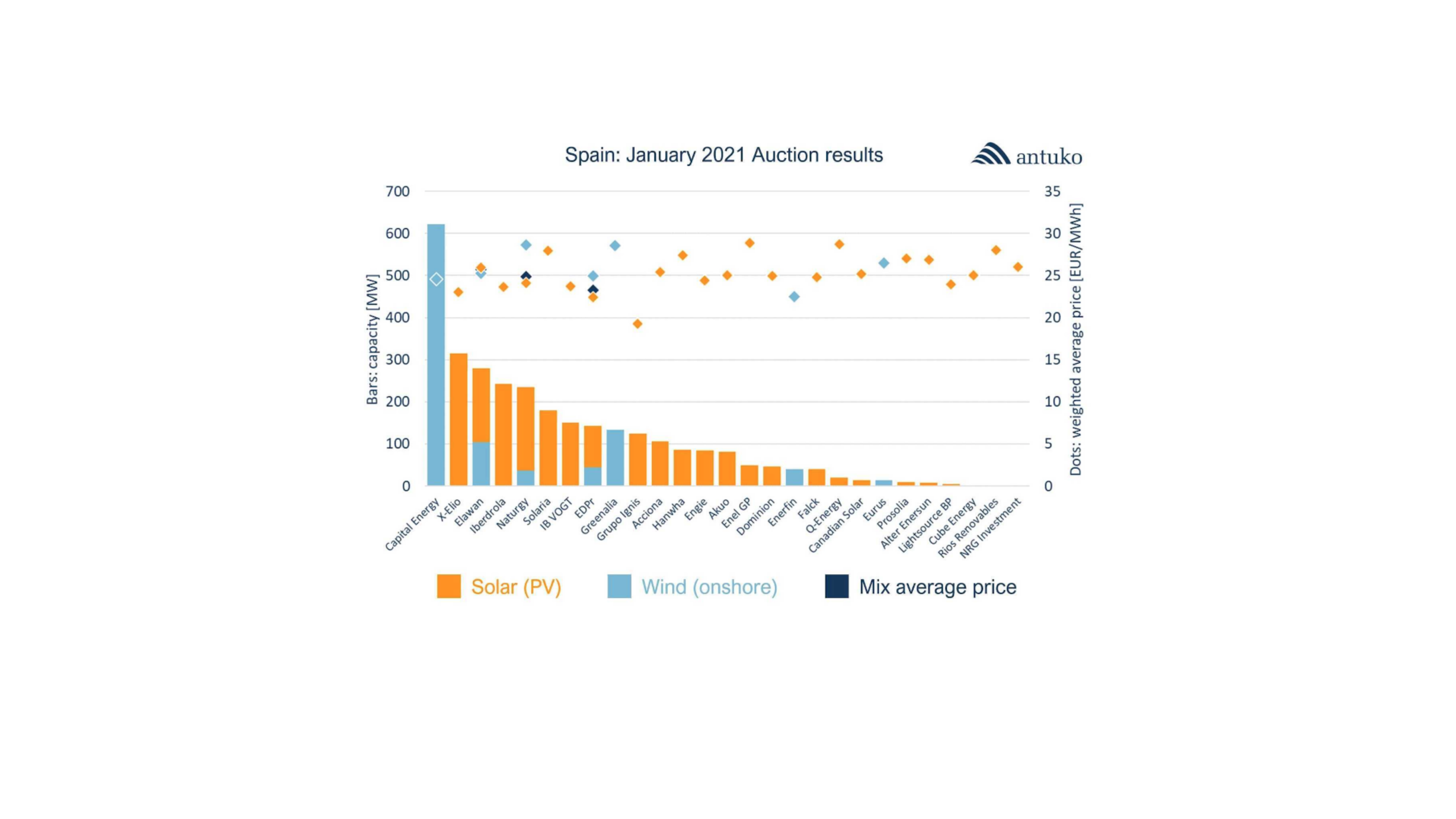 25,31€/MWh that’s the lowest ever average bid price for onshore wind in Europe. Awarded to Spain in January 2021, it raises questions for future auctions.

25,31€/MWh that’s the lowest ever average bid price for onshore wind in Europe. It’s coming out of Spain last week, after a first auction held under the new government rules. Although many players were served, one can only wonder about the Spanish exception. Kind of reminiscing of an auction a couple of years back, for an offshore wind farm in The Netherlands. Awarded at 42 €/MWh, the conjectures had spread like fever about the whys and hows.

So, can Spain really be singled out? Or is this a new indicator for the European auction markets to come.

Some might say that having a handy well-implemented supply chain, local regulation and enjoying strong wind resources goes a long way towards explaining this Spanish low bidding trend.

Another pressing question: Is wind power the only renewable energy impacted by the outcome, or are solar auction prices following the same path? What of other sources of renewable energy, blatantly absent from last week’s auction.

Let’s keep a close eye on Spain, and compare it to its European neighbors in the days to come to confirm or deny a European tendency, checking auction prices for France, Germany or UK.